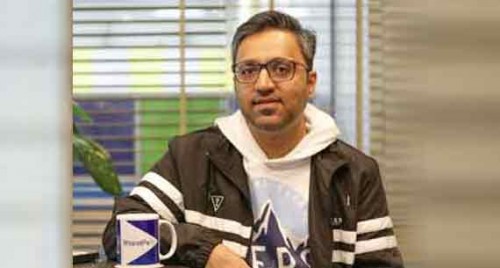 New Delhi, Dec 8 (IANS) The Delhi High Court on Thursday issued notice and summons to BharatPe's former managing director Ashneer Grover and his kins in a plea filed by BharatPe -- an online money transaction platform -- seeking orders to restrain them from making defamatory statements against the company, and other reliefs.

BharatPe has filed an interim relief application seeking disclosure of assets of Grover and his family members, and an interim injunction restraining them from making defamatory/derogatory statements about the fintech company, its directors, employees and/or publicising the same.

The application also seeks direction to defendants to delete/remove within a period of five days all statements, tweets, social media posts, books, re-tweets, hashtags, videos, press conferences, interviews, comments, etc., made against the company and orders granting liberty to BharatPe to approach all social media platforms, media organisations, publications, websites, blogs, etc., to seek deletion/removal of all such material.

BharatPe approached the High Court months after Grover and his wife were expelled from the company over allegations of misappropriation of funds.

In its suit, BharatPe has claimed damages worth Rs 88.67 crore from Grover, his wife, and his brother under various heads including a claim for payment made against the invoices of non-existent vendors, a claim for penalty paid to GST authorities, payments made to vendors purportedly providing recruitment services, payments made to a furnishings company; payments for personal expenditures and damages for loss of reputation to the company caused by tweets and other statements made by them.

Claiming BharatPe's investigations illegal, Grover had also initiated arbitration before the Singapore International Arbitration Centre (SIAC) only to lose the dispute and was sacked from the company days later.

Counsel for Grover claimed that the suit was not served on his client.

Justice Chawla has listed the matter for January 2023.