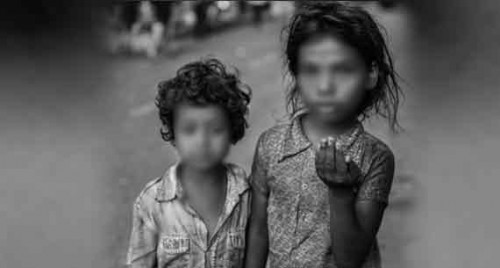 People can lodge a complaint in the number 044-28447701 provided by the police. The information provided will be confidential and those who have shared the information would be rewarded with cash prizes.

The Tamil Nadu Police were on a crackdown against begging in the state and 1,300 beggars were rounded up in the police action on Saturday and Sunday.

Director General of Police (DGP), C. Sylendrababu had ordered the crackdown after he got information of four people dressing up a mentally unstable person as 'Vibhuti Siddhar' (a person covered fully with holy ash) in Karur. The said person was roaming around in Karur for the past ten years at Malaikovilur at Aruvarakurichi in the Karur district. The person was given shelter by a group of social activists.

Police sources told IANS that a couple of months ago a few people from Karur took this person to a vacant land of the government and made a makeshift shed for him. He was then covered with full holy ash and then named ' Vibhuti Siddhar' and commenced collecting money on his behalf.

A complaint was lodged by the social activists who had earlier rescued him and police on investigation found that four persons were trying to collect money in the name of the insane person after applying 'vibhuti' on him. A medical test was conducted on the person and it was found that the person was mentally unstable.