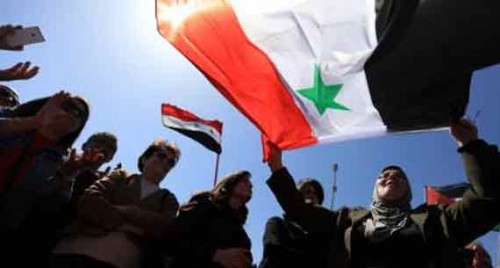 Damascus, Dec 5 (IANS) A group of Syrian protesters carried out sabotage acts and attacked a government building in the southern city of Sweida, the Interior Ministry said.

The group, "some of whom with guns", cut off a main road in the city by burning tires before heading to the building and storming it, Xinhua news agency quoted the Ministry as saying in a statement on Sunday.

It said that some of the attackers opened fire randomly, wounding one security personnel and a number of civilians before entering the building, damaging offices and stealing official documents.

The group also set nearby cars on fire and attempted to break into the police department, but they were pushed back by the guard corps, the statement added.

One guard was killed while defending the police station, the Ministry said, adding that the police will track down the assailants.

Meanwhile, the Syrian Observatory for Human Rights war monitor said the mob was protesting the deteriorating living conditions in the city, as an acute fuel shortage has worsened over the past two weeks.

The Observatory said that one person was killed, and six others wounded during the run-in with the security forces in Sweida.

Due to the fuel shortage, the government has slashed the fuel allocated to government institutions and establishments by 40 per cent.

Earlier on Sunday, Oil and Mineral Resources Minister Bassam Toumeh told local media that a Syria-bound oil tanker, which has been held in Greece for months, has reached the country's shore.

The Minister stressed that the work is incessant to achieve fuel stability.