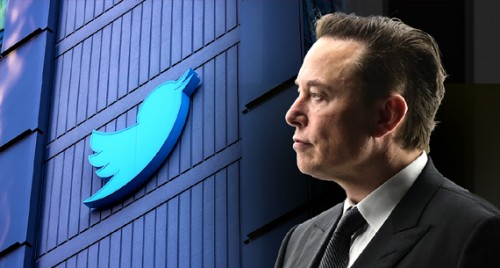 "Twitter is now serving almost 90 billion tweet impressions per day! Just how incredibly alive the system actually is will become obvious as we show view count on all tweets," he tweeted.

Last month, Musk tweeted in which he said that Twitter may exceed one billion monthly users in the next 12 to 18 months.

He tweeted: "I think I see a path to Twitter exceeding a billion monthly users in 12 to 18 months."

Moreover, in the same month, Musk said that the micro-blogging platform has added 1.6 million daily active users in the last week.

Further, the micro-blogging site had told advertisers that its daily user growth has hit an "all-time high" after Musk's takeover even as several advertisers left the platform amid internal chaos.

According to a company document obtained by 'The Verge', Twitter's monetisable daily active user (mDAU) growth has accelerated to more than 20 per cent after Musk's takeover.

As per the report, Twitter has added more than 15 million mDAUs, "crossing the quarter billion mark".

Twitter last reported 237.8 million mDAUs and a 16.6 per cent annual growth for its second quarter.