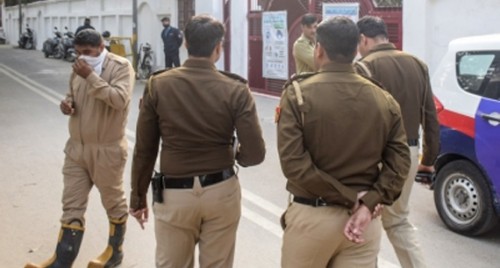 New Delhi, Dec 2 (IANS) To effectively prevent and deter growing crime, the Lt. Governor has approved and forwarded the proposal of Delhi Police to the Centre to issue notification under Section 2 of the Union Territories (Laws) Act, 1950 for extending the Telangana Prevention of Dangerous activities Act, 1986, as modified to the NCT of Delhi.

The Ministry of Home Affairs will take the decision in this regard.

Delhi Police in June, 2022 had requested for the approval of the Competent Authority for the issuance of notification for extending the above Act to the NCT of Delhi citing 'a need for stringent legislation for prevention and effective control' of criminal activities, particularly by repeat offenders involved in Boot-legging, land grabbing, snatching, robbery, arms running, sale of drugs, gambling, sexual offences, etc.

The Act enforced in the state of Telangana is an effective legislation which provides for preventive detention of desperate criminals and members of the organised syndicates whose criminal activities adversely affect or are likely to affect adversely, the maintenance of public order.

The Section 2 of the Union Territories (Laws) Act, 1950 prescribes that the Central government may, by notification in the Official Gazette, extend to the Union Territory of Delhi, any Act in force in some other states with any restrictions and modifications, as it deems fit.

The proposed notification, if approved by the MHA provides that the government (Lt. Governor in case of NCT of Delhi) may, if satisfied, with a view to prevent a person from acting in any manner prejudicial to the maintenance of public order, it is necessary to do, make an order directing that such person be detained.