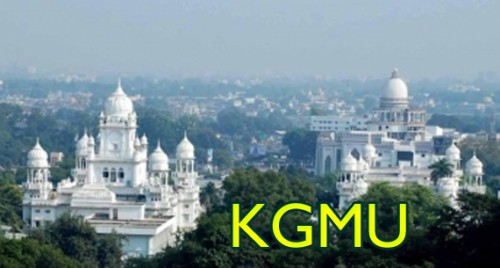 The patient was discharged after recovery on Sunday.

The patient, a priest from Ayodhya, came to KGMU in October with slight difficulty in swallowing liquid food.

Investigations revealed cancer of the oesophagus of stage three.

Prof Shiv Rajan, faculty at surgical oncology, said, "The tumours were first reduced by chemotherapy and radiotherapy. After this, the patient was referred to us. We decided to conduct keyhole laparoscopic surgery as patient life could have been at risk due to weakness of the body in open surgery."

He said that generally the chest is opened through an incision of 15 to 20 cm or by laparoscopy where four holes are made. In laparoscopy, gas is filled in the chest.

However, Prof Shiv Rajan performed operation only through a single hole of 4 cm and neither gas was used in this, nor was the hole enlarged.

"For surgery, the cancerous part was removed by entering through the stomach. It took six hours to complete the surgery which was first of its kind," said Prof Rajan.