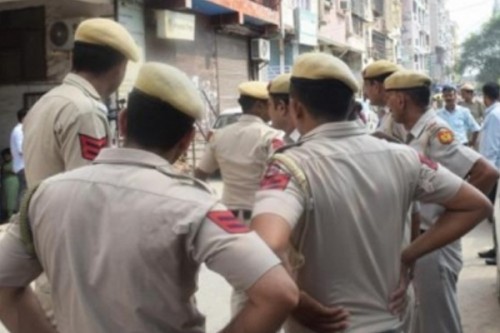 Khan's daughter Ariba Khan is contesting for the upcoming MCD elections on a Congress ticket and the incident occurred when a gathering of 20 to 30 people were being addressed in front of Tayyab Masjid in the area.

According to a senior police officer, on November 25, during patrolling in the area, a police officer noticed a gathering of nearly 20-30 people in front of Tayyab Masjid.

"Asif Mohammad Khan along with his supporters was present in front of Tayyab Masjid and addressing the gathering using loud-hailer. When Sub-Inspector (SI) Akshay asked Khan about the permission from the Election Commission regarding the gathering and addressing the public, he became aggressive and started misbehaving with the SI," said the officer.

"Khan used abusive language and resorted to criminal force, and manhandled the police official. Akshay has filed a complaint and an FIR under sections 186 (obstructs any public servant in the discharge of his public functions) and 353 (assault or criminal force to deter public servant from discharge of his duty) of the Indian Penal Code has been registered in Shaheen Bagh police station and the investigation has been taken up," the officer added.