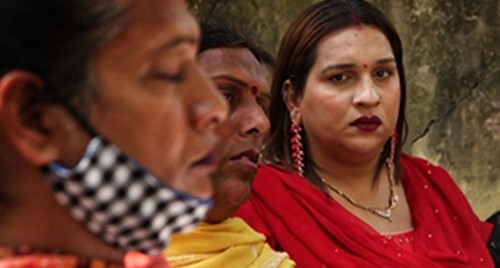 Thiruvananthapuram, Nov 24 (IANS) A transgender couple was left disappointed after the authorities of Kollengode Kachamkurissi temple, where they wished to tie the knot, denied permission.

Nilan Krishna and Advaika, both working in a local firm, approached the temple located in Kerala's Palakkad district, with the request but it was turned down. They then got married at a nearby marriage hall.

The colleagues of the couple and the owner of the firm where they work were at the forefront to solemnise the wedding.

He is seen, seated on the coils of Ananta, in 'Chakravarthy' posture - akin to Sri Rama at his Pattabhishekam. Thus, devotees are known to have approached him over the centuries, both as Lord Narayana and as Sri Rama.

The temple authorities said that since it was the first time a request had come for transgender wedding, they were a bit apprehensive with regards to the people's reaction. Hence, they decided not to give the permission.