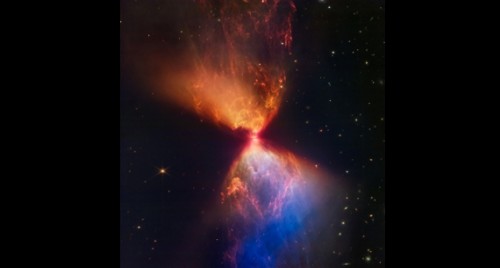 Previously, Webb and other space telescopes, including NASA's Hubble and Spitzer, have provided isolated readings of the planet's atmosphere, but the new Webb readings reveal atoms, molecules, and even signs of active chemistry and clouds, according to an official report.

WASP-39 b, an orbiting planet about the mass of Saturn orbiting a star 700 light-years away, was observed with the telescope's array of highly sensitive instruments.

"We observed the exoplanet with multiple instruments that, together, provide a broad swath of the infrared spectrum and a panoply of chemical fingerprints inaccessible until (this mission)," said Natalie Batalha, an astronomer at the University of California, Santa Cruz.

The most recent data also suggest how these clouds might appear up close: broken up rather than a single, uniform blanket covering the planet, said the report.

"This is the first time we see concrete evidence of photochemistry -- chemical reactions initiated by energetic stellar light -- on exoplanets," said Shang-Min Tsai, a researcher at the University of Oxford in the UK.

"I see this as a really promising outlook for advancing our understanding of exoplanet atmospheres with (this mission)," he added.

The chemical composition of WASP-39 b suggests a history of collisions and mergers of smaller bodies known as "planetesimals" to form an eventual goliath of a planet.

It also implies that oxygen is more abundant in the atmosphere than carbon.