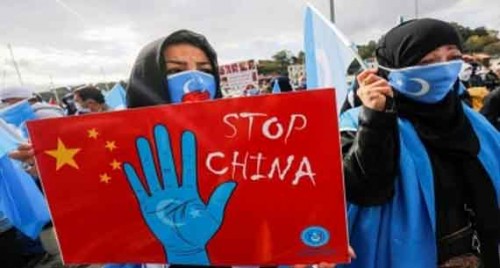 New York, Nov 11 (IANS) Cybersecurity researchers have discovered a spyware campaign that is targeting the ethnic Uyghurs in China by "masquerading" as Android apps including messaging services, prayer time apps and dictionaries, according to a new report by the cloud security firm Lookout.

The spyware, which researchers say is connected to a Chinese government-backed hacking group, can be used to track people who use services that may be considered a "pre-crime" or are seen by Beijing as indications that someone is engaging in or will engage in religious extremist or separatist activities, The Guardian reported.

"Pre-crime" activities include using a virtual private network (VPN) or sharing any kind of religious content and can lead to being detained in a re-education camp.

The surveillance campaign primarily targets Uyghurs in China, according to the report, but there is also evidence that those behind the campaign were looking to target Uyghurs in Muslim-majority countries like Afghanistan or Turkey.

Turkey is home to the largest Uyghur diaspora outside of Central Asia with an estimated 50,000 Uyghurs living there, The Guardian reported.

China's mass surveillance apparatus and its targeting of Uyghurs has been well documented in the past few years.

Several Chinese surveillance and camera companies have been placed on the US entity list for complicity in human rights violations.

Some of these firms have filed for patents for, developed or planned to develop features that would allow them to detect or set up alerts when someone who is Uyghur is detected.

The UN has also found that China is responsible for "serious human rights violations" against Uyghurs in Xinjiang, The Guardian reported.