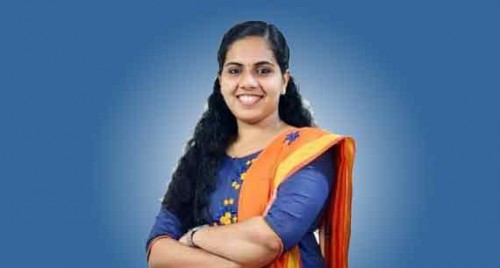 Swinging into action, the police erected barricades to prevent the protesters from entering the compound of the prestigious local body in the heart of the state capital city.

Despite strong security, a few of the Mahila Morcha activists managed to sneak into the Corporation's main office, but were prevented from entering by the police.

After the women's wings of the two parties withdrew, the BJP workers in good numbers.

The protesters have been demanding the resignation of Rajendran after she reportedly wrote a letter to the party's district secretary stating that there are 295 temporary vacancies in the corporation.

However, after Rajendran flatly denied having written such a letter, the Crime Branch police decided to conduct a probe into this matter.

On Tuesday, she was waylaid by the Congress workers. After the police intervened, she was able to drive to her office.

Meanwhile, it has now come to light that the probe team is cautiously going forward as doubts have been raised that the whole letter controversy is a result of the factionalism in the CPI-M in the state capital district and any in-depth detailed probe means, a few top district level leaders of the party might land in a tight spot.

What's most intriguing is the Mayor who has gone on record to say that she has not written such a letter, never complained to the police, instead met Vijayan and briefed him. Later, Vijayan asked the state police chief for a probe.

Surprisingly, even after four days, the police probe team is yet to register an FIR and this according to the protesting opposition leaders, clearly indicates that everyone in the CPI-M knows who has done it, but are unable to go forward, as it could lead to explosive situations in the ruling party.

A source in the know of things said if the police registers an FIR, then as a follow up, the mobile phones of Rajendran, Thankappan and a few others in the party, who would have allegedly put the controversial letter in the social media, will all have to be placed before the police probe team and also appear before it as part of the probe.

Moreover, now with cyber probes being on fast-track mode, the CPI-M fears that it could create more harm than good and hence there is dilly dallying and no FIR has been registered, he added.

Rajendran wrote herself into record books in 2020, when she was elected as the youngest Mayor in the country.

The BJP and the Congress now describe her as the youngest 'corrupt' Mayor in the country.